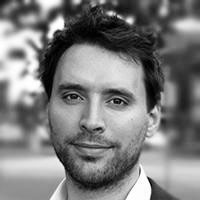 Diffusion-weighted magnetic resonance imaging (MRI) captures local micro-structural information by observing diffusing (water) molecules probing their surroundings at a microscopic scale. In order to analyze this type of data one can either estimate parameters that describe the diffusion itself, which provides a somewhat abstract but accurate description of the observed stochastics, or one can use a model of the ambient structure that re-expresses the observed diffusion in terms of more intuitive structural parameters. Both cases generally rely on optimization to reconstruct the descriptive parameters from diffusion-weighted images, and in this presentation I will introduce a specific set of basic constraints to improve such model reconstructions. These constraints are based on the non-negativity of the so-called ensemble average propagator or associated functions, but reformulated as the (relaxed) condition that these functions can be written as a sum of squared polynomials. For many commonly used models and basis expansions these constraints take the form of a positive-definiteness condition on a matrix that is linear in the model parameters, which can thus be enforced through the use of semidefinite programming or nonlinear optimization alternatives. In preliminary results I will show that the application of these constraints can be considered essential in many situations despite the associated computational costs.